The attacks allegedly occurred on Dec. 21 in Lyon and Dec. 22 in nearby Villeurbanne, and are believed to have been perpetrated by members of France’s Jewish Defense League, or Ligue de Defense Juive (LDJ), the local branch of JDL, founded the late Rabbi Meir Kahane ZTL.

The targets were discovered on social networks and tracked down for performing the “quenelle,” a gesture conceived by the antisemitic comedian and Holocaust denier Dieudonne M’bala M’bala, the Le Progres daily reported.

On Tuesday, LDJ wrote on its Twitter account: “Two major punitive actions were carried out Saturday and Sunday in Lyon against people who performed the quenelle. The little Nazis are no longer at ease!”

According to the Progres, the Dec. 22 attack involved six young members of. The report said they beat a man suspected of performing the quenelle and locked him inside the trunk of a parked car.

The report, which named neither the suspects nor the alleged victim, said two of the six were arrested that night and the remaining four were arrested the following day. Two were remanded to police custody Tuesday on suspicion of an assault, Le Progres reported. The report did not say how badly the targeted man had been hurt.

In recent weeks, the quenelle has been widely discussed in French media because many French Jews see it as another sign of mounting antisemitism in their country.

According to Le Progres, the first attack began late on Dec. 21 and was directed at an employee of the Mama Shelter Hotel in Lyon. A few small teams entered the hotel looking for the employee, who was not named, while their friends stayed outside.

In total, a few dozen men were involved in the incident, witnesses told the newspaper. The hotel’s security agents fought off the intruders and prevented them from attacking the employee. Several dozen guests were briefly evacuated from the hotel, according to the report.

In June, LDJ announced that its “soldiers” had put a young Arab in the hospital, calling it “a rapid and effective response” to the man’s attack on Jews at Saint-Mande, just east of Paris. The announcement drew calls to ban LDJ. As criticism mounted, LDJ retracted the statement and denied any involvement in the violence. 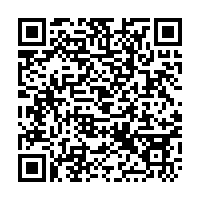