The United States Department of Homeland Security has ordered enhanced security at U.S. government buildings in the nation’s capital and elsewhere around the country.

DHS Secretary Jeh Johnson announced on Tuesday, Oct. 28, that the increased security is a “precautionary step” in response to the continued public calls on supporters in western countries by ISIS and other Islamist terrorist organizations to attack soldiers, police and other official representatives of the U.S.-led coalition against ISIS.


“Given world events, prudence dictates a heightened vigilance in the protection of U.S. government installations and our personnel,” Johnson announced.

This latest step-up in security is an admission that the public effort to minimize recent terrorist assaults on government representatives in both Canada and the U.S. as the act of “lone wolves” who have “self-radicalized” is simply an effort to soothe citizens, but is neither realistic nor is it believed by those issuing the verbal balm.

Even the statement announcing this directive continued to downplay the seriousness with which the government should be taking the lone wolf threat, “guarding against potential small-scale attacks by a lone offender or a small group of individuals.”

Yet the increased security underscores the real danger of western-based supporters who assist the cause of terrorism in any and every way they can, even without direct official communication with the terrorists abroad.

The “lone wolf” form of terrorism is not merely copycat criminality. People who engage in copycat crimes typically crave attention and so imitate certain criminal behavior which receive splashy headlines and infamy. The terrorist “lone wolves,” at least some of them are ideologues who believe they have been activated by the terrorist leadership.

A manual referred to as the Jihadi Mein Kampf, was written by Mustafa Setmariam Nasar, also known as abu Musab al Suri (the Syrian). Al Suri vied with Osama bin Laden over methods of conducting the global jihad. Al Suri favored tiny cells with no discernible connection to the home base of terrorist operations should be the future of the Islamists’ jihad.

Al Suri insisted that the old-style al Qaeda, with its rigid hierarchical structure, was a disaster for the movement and had to be jettisoned in favor of a different strategy.  In his 1600 page manifesto, al Suri stressed the need for the global jihadi movement to create a new fighting style focused on “individual terrorism.”

This innovation, also known as “leaderless jihad,” is a strategy designed to escape detection. Al Suri advised followers not to have cells or “brigades” larger than ten members, and ideally the cells would be in the single digits.  He also advocated that jihadists use the Internet and other methods to gather their information to conduct attacks. Those unwilling to embrace his strategy before and in the immediate aftermath of 9/11, have now largely become believers, whether by necessity or by revelation. Al Suri argued against the centralized base which, if attacked, would result in a huge setback for the cause. He was proven right by the splintering and disarray which ensued immediately after the  death of bin Laden and the destruction of al Qaeda’s headquarters.

Al Suri’s recommended method of terrorist warfare, that of the lone wolf, has come to the west. And the United States government is now responding to, rather than ridiculing, the perpetrators. 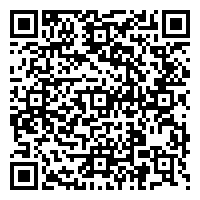