If you voted for Power for Israel, a party that promotes obedience to the law on the part of everyone, including Arabs, it appears that someone in the Civil Administration in Judea and Samaria paid attention. Israeli forces issued demolition orders to three homes in a village 10 miles west of Hebron on Monday, a local official told the Ma’an news agency.
Homes belonging to Hussein Allah, Abdulla Allah and Abed Abu Zalata, as well as a chicken coup, were issued demolition orders because they were unlicensed, the mayor of Idhna village, Hashim al-Tamaizi, told Ma’an.”Israel is trying to force Palestinians to leave the area,” al-Tamaizi said, adding that the separation wall had already annexed a large amount of land from the village.
And if by forcing them to leave you mean expecting them to apply for a permit for new construction, you may be right.
Advertisement 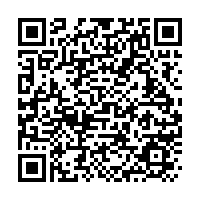