IAF aircrafts targeted two Hamas sites in southern Gaza at about 3 am Thursday in response to an earlier rocket attack aimed at southern Israel.

Gaza terrorists launched a rocket towards southern Israel at around 11:30 pm Wednesday night, just as Lag B’Omer bonfire celebrations were wrapping up around the country.


No Red Alert air raid siren was activated to warn residents in the Gaza Belt area that an attack was imminent.

A second rocket fired at Israel allegedly fell short and landed inside Gaza, according to Arab media.

The short-range missile hit an open area in the Sha’ar HaNegev Regional Council district in the Gaza Belt region. No injuries were reported. Since the beginning of the year, nine rockets fired from Gaza have landed in Israeli territory.

“The IDF holds Hamas accountable for all attacks emanating from the Gaza Strip,” the IDF Spokesperson said in a statement to media.

However, the Omar Hadid Brigade, a small Salafi terrorist group, claimed responsibility for the attack, according to Walla! News. 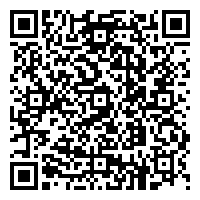