The terrorists hurled firebombs (Molotov cocktails) at the officers. They sustained minor wounds in the attack, which ignited a fire on the base, located near Mt. Scopus.


Both officers were evacuated to Sha’are Zedek Medical Center in Jerusalem.

Four firefighting teams, including a water vehicle, were required to extinguish the brush fire next to the base that ignited as a result of the attack. 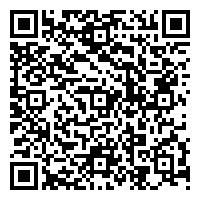