About half a year after the ramming and stabbing murder of Rabbi Isaiah Krishevsky by an Arab employee of the telecommunications company Bezeq on Malchei Israel Street in Jerusalem, on Wednesday the victim’s son filed a million dollar lawsuit against the company, which owned the car the terrorist used to perpetrate the murder, Kikar Hashabbat reported.

The plaintiff argues that Bezeq is responsible for the murder, because one year before the attack its employee was interviewed by the news website Ynet and praised his cousins who had committed the massacre of Jews at the B’nei Torah synagogue in Har Nof, Jerusalem. The Bezeq employee also called on Arabs to carry out similar attacks.


The plaintiff says Bezeq was obligated to fire its employee following the interview, and that in any event keeping him on the company payroll constitutes a default on the part of the company.

According to Bezeq, they were not aware of their employee’s interview, and so did not have a reasonable means of anticipating his behavior. 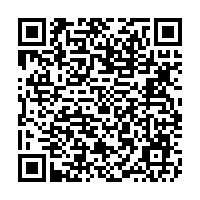