At least four private vehicles and an Israeli Afikim bus came under attack from Arab terrorists while traveling on a road in Samaria Sunday night.

The terrorists hurled at least four lit firebombs (Molotov cocktails) just after 8:30 pm Sunday night at the bus and cars as they were traveling between the Gitti Avishar intersection and the city of Ariel in Samaria.


No one was physically injured in the attack, according to the Hatzolah emergency response team in Judea and Samaria, but the vehicles were damaged. 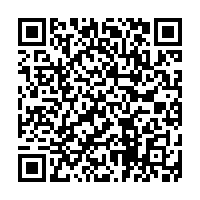