Israel’s chief Ashkenazi rabbi marked the 75th anniversary of Kristallnacht with a visit to a Jewish kindergarten in Berlin.

“Connecting Jews in Germany to their roots is the worthiest retort to the darkness that prevailed here 75 years ago,” Rabbi David Lau said during his first official visit to Berlin, where he went to the Chabad-run Judische Traditionsschule Talmud-Thora kindergarten.


Dozens of Jews were killed in rioting that erupted on Nov. 9, 1938 and came to be known as Kristallnacht.

During his visit, Lau is scheduled to attend the General Assembly of the Conference of European Rabbis, which is bringing 200 members from across Europe to the German capital for the first time.

Attendees will mark the 10th anniversary of Germany’s Orthodox Rabbinical Council. They will also attend a Kristallnacht memorial ceremony at the Beth Zion Synagogue in former East Berlin, which survived the 1938 pogrom and is now part of the Rabbinerseminar zu Berlin. 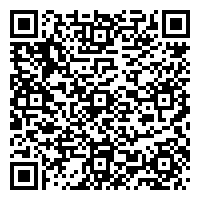