The Israeli Embassy in Moscow expressed concern about the statements made by State Duma Deputy Vitaly Milonov in his attack against Jewish Deputies of the Legislative Assembly of St. Petersburg Boris Vishnevsky and Maxim Reznik, Interfax reported Tuesday.

Deputy Milonov, who participated in a protest outside St. Isaac’s Cathedral in St. Petersburg, told marchers that “Christians survived, despite the fact that the ancestors of Boris Vishnevsky Lazarevic and Maxim Reznik boiled us in cauldrons and fed us to the beasts.”


An embassy spokesman expressed the hope that the Russian authorities will not tolerate such statements any longer. 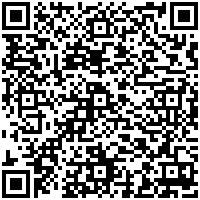