The grandson of Israel’s former ambassador to Japan, an anti-nuclear activist, has been arrested in connection with a series of suspected arson attacks in Tokyo.

Israeli-Japanese musician Izaya Noda, 42, is the grandson of Moshe Barter, who served as Israel ambassador to Tokyo from 1966 to 1972.


Noda, a resident of Musashino, has been a participant at anti-nuclear rallies in front of the Diet (Japanese parliament), his father told media. He apparently became a major critic of nuclear power plant operators following the meltdown at the Fukushima reactors in 2011.

Noda was charged by Tokyo police with setting seven fires along the city’s train lines, disrupting line functions and affecting some 150,000 passengers.

Noda has confessed to involvement in setting a fire on August 23, but denied involvement in any other case. He allegedly told investigators he “could not tolerate Japan Railways for consuming massive amounts of electricity,” Tokyo Police told media.

His father, who is Japanese, said he could not believe his son would commit such a crime. Noda’s is Israeli. Japanese media published a photo of Noda’s teudat zehut (Israeli ID card.)

Israel’s foreign ministry has declined to comment on the matter.

Chagall’s Inspiration For His Jerusalem Windows: Eretz Yisrael, The Bible And Jewish History 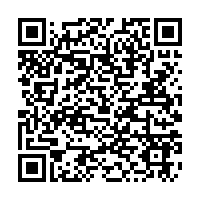