The German weekly “Der Spiegel” reported that the submarines have a nuclear capability and will help Israel defend against an Iranian nuclear threat.

Dubbed INS Tanin, the Hebrew word for “crocodile,” the sub “can dive deeper and further and for longer and work more powerfully than anything we have previously known,” the naval commander said.

In five years, the scheduled arrival of two more nuclear submarines from Germany will bring to six the number of subs in the fleet.

The boat on its way to Israel can remain under water for extensive maneuvers for weeks without surfacing, far longer than the submarines now in the fleet.

The Tanin officially was launched by Israel two years ago, as seen below, but it remained there for trial runs and the finishing touches before sailing to Israel this week. 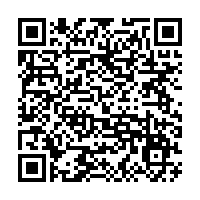