It’s already becoming routine in the Israel Defense Forces. Missionaries sent by evangelical churches in the United States are given free rein over IDF bases, openly preaching Christianity and seeking to convert Jews out of their religion.

The most startling recent example that came to Yad L’Achim’s attention was an evening of appreciation that was organized for soldiers who fought in Operation Protective Edge this past summer in Gaza. The evening was arranged by the International Christian Embassy, which operates in Israel. What makes it particularly severe is that the soldiers were bused directly from their bases to the missionary event.

A more brief version of the above video can be seen here:

Some 300 soldiers from elite units, including the Paratroops’ 101 and Maglan, and officers, including a brigadier general, were subjected to a missionary pitch delivered by an American preacher, Robert Stearns. One of the translators was Doron Schneider, the head of the “Messianic Jews” congregation in Maaleh Adumim, outside of Jerusalem.

As in previous incidents involving missionary activity aimed at soldiers, Yad L’Achim immediately filed a complaint with the responsible parties in the IDF but has yet to receive a response.

Due to the severity of the incident, Yad L’Achim submitted the following urgent query to Defense Minister Moshe Ya’alon:

Why is the IDF not enforcing a military ban on missionary preaching to soldiers? Who approved the busing of uniformed soldiers directly from their bases to an evening of forbidden missionary activity? Most importantly, who will ensure that it doesn’t happen again?

To make things crystal clear for our readers: Those who purport to be “Messianic Jews” are in fact practicing Christianity, plain and simple, and are intent upon reaching out to and converting Jews to Christianity disguised as a “new” form of Judaism — which it absolutely is not in any manner or form. 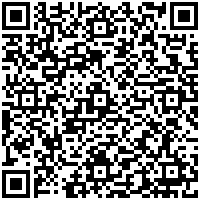