Israel’s Supreme Court has ruled that Israelis can file claims against social-media platform Facebook in Israeli courts, even though the user license agreement states that members can only sue in California courts.

The court ruled that allowing multinational corporations to determine jurisdiction in cases involving customers posed a serious imbalance of power, regardless of the text of user agreements.


The ruling was made as part of a class action lawsuit against Facebook Ireland and Facebook US for infringement of privacy and non-registration with the Registrar of Databases.

Facebook filed for dismissal, arguing that users were made aware of the jurisdiction clause when they signed up for the social-networking service.

Israel’s Central District Court rejected Facebook’s request and called for the jurisdiction clause in the user license agreement to be annulled.

However, cases involving Facebook Ireland heard in Israeli courts will have to apply California law. Facebook US users will be able to sue under Israeli law. 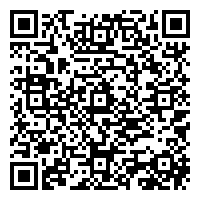