It is now time for the hundreds in Hamas whose job is to create and spread violence against Israel, and the hundreds of Israelis in the political and security establishment whose business is to avoid or quell that violence, to assess the results of the “March of Return” campaign (at least until the next campaign, which will likely begin after a temporary lull during the fast month of Ramadan).

The scoresheet is heavily set against Hamas, which spent a great deal of blood and treasure on the campaign.

The organization’s biggest failure was its inability to ignite the Arab residents of Jerusalem and the Palestinian Authority. Hamas is well aware that the evocative power of the Palestinian problem lies (ironically) in the names and places found in Jewish and Christian scriptures – Jerusalem, Bethlehem, and Hebron; not Gaza, Khan Yunis, or Rafah.

To the despair of Hamas, the six weeks from the beginning of the campaign in late March through Nakba Day on May 15 were relatively quiet in Jerusalem and the West Bank. The evidence for the passivity of that population is as varied as it is conclusive.

First, there were no major terrorist attacks in either Israel or the West Bank that ended lethally. There were 15 murders in the four months preceding the campaign.

The scorecard of major attacks that ended in bodily harm or substantial material loss yields the same results – two per month on average for the three months before the campaign versus one such attack in the six weeks of the campaign.

The number of news items over time relating to confrontations between Palestinian youth and the Israeli army presents the same picture. A major media site, al-Quds, archives all news items related to “confrontations” (muwajahat in Arabic). In the three weeks preceding the campaign, there were 17 such items. This slid to eight in the first three weeks of the campaign and declined further to five in the final 24 days.

The headline in al-Quds on the second Friday into the campaign summarized this point: “Gaza is preparing for demonstrations this Friday”. In other words, Gaza was preparing – not the West Bank.

Rather than recreating the unity that existed between the inhabitants of Gaza and the West Bank in the first and second intifadas, when residents of both areas took part in the violence, the “March of Return” campaign deepened the divide that has existed between the two populations ever since Hamas’s takeover of Gaza in 2007. The divide is not only within the Palestinian political elite (Hamas leadership and the PA) but on the popular level as well.

This divide is a major boon to Israel. Violence is much easier to control when it takes place on either the Gaza front or the West Bank front rather than on both fronts simultaneously, as occurred in the past.

One of the major objectives of the weaker side in any conflict (as Hamas clearly is compared to Israel) is to stir political division within the stronger side. This is the famous lesson of the French-Algerian struggle in which the FLN and its army were militarily defeated, but succeeded in bringing about deep divisions within the French public. That popular divide ended in complete political victory for the FLN.

The Palestinians did much the same in the first intifada, when the Israeli public was sharply divided between left and right. That split facilitated the Oslo process, the creation of the PA, and the move of the PLO leadership to the West Bank from Tunis and elsewhere in the Arab world.

In contrast, a march focused on the 1949 armistice line that demanded the return of refugees to Ashkelon (Majdal), Beersheva, and Jaffa clearly had the opposite effect on the Israeli public. Instead of being divided, Israeli hearts rallied together behind the IDF’s tough policy of zero tolerance for breaching the fence.

Hamas might have also antagonized its own hard core. By its own estimation, the campaign cost the organization $10 million. For the past four years, Hamas has been paying its 50,000 employees only 40% of their salaries – roughly $500 a month. This hard core will likely question Hamas’s spending a great deal of money to wage the “return” campaign rather than distribute that money to these employees and their hard-pressed families.

Fallout from the violence among the general population is also probable. If the number of casualties is anywhere near true (the figures are probably exaggerated), the vast majority of Gaza inhabitants – most of whom did not go anywhere near the fence – will likely question such bloodshed now that they are facing exactly the same fence and the same reality that existed before the campaign. Those who did participate, too, might have second thoughts about their sacrifices, which brought about no change whatsoever.

The headlines in The Times, the Guardian, and other British and European outlets criticizing Israel, the musty condemnations dredged up from the recesses of UN and foreign ministry archives, and the rantings of the Turkish president were small consolation to a beleaguered Hamas.

The campaign was clearly a failure, and this could be the beginning of a welcome change.

Hamas might be sensible enough to cut a deal with Gaza business community leaders and the civil bureaucracy in which they agree to administer Gaza while Hamas continues to police it, provided it refrains from fighting Israel.

Gaza’s attributes, including a strong workforce, access to the sea, and proximity to Europe are tremendous assets that can be used once common sense prevails over fanaticism.

Maybe then, Gaza can begin to tread a path towards a Singaporean vision and turn the woes of human density into considerable economic, cultural, and ecological benefits. 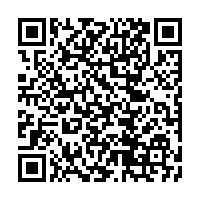