Only four United Nations members, besides Israel, voted against a U.N. anti-Israel resolution Tuesday that demand Palestinian Authority sovereignty over Israel’s natural resources in Judea and Samaria, including the Jordan Valley.

Areas or Jerusalem claimed by the Palestinian Authority also were included in the non-binding resolution.

Canada, the United States, the Marshall Islands and the Federated States of Micronesia voted with Israel.

The draft resolution carried the wordy title ” Permanent sovereignty of the Palestinian people in the Occupied Palestinian Territory, including East Jerusalem, and of the Arab population in the occupied Syrian Golan over their natural resources.”

The measure demands that Israel cease alleged “exploitation, damage, cause of loss or depletion and endangerment” of the natural resources in the “occupied” territories.

Supposed destruction includes what the Palestinian Authority calls “diplomatic terrorism,” meaning the alleged “extensive destruction” of Arab land utility infrastructure, especially during the war against Hamas missile attacks on half of Israel in the summer  of 2014.

Israel has tried to work with the Palestinian Authority on several sewerage system projects but has been turned down. 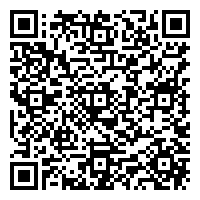