A power struggle is taking place between the Knesset and the High Court of Justice, sparked by the issue of how to deal with illegal African migrants.

This week the Knesset is considering a bill that will enable lawmakers to retake their legislative authority from the High Court of Justice, and again consider a law to deal with the issue.


Dubbed the “High Court Bypass” measure, the bill proposed by Bayit Yehudi MK Ayelet Shaked would enable the Knesset to reconsider a measure struck down by the High Court as a violation of the Basic Law for Human Dignity and Liberty.

If Shaked’s law passes, the Knesset could re-vote on the bill to crack down on illegal emigrants from Africa. Such a crackdown could include detaining infiltrators in holding facilities for up to a year.

The law was passed for the first time last year – and then promptly struck down by the High Court this September. The Court ruled that the practice of holding African infiltrators in facilities such as the Holot center in southern Israel was illegal. The state was ordered to close the facility within 90 days.

A panel of nine judges handed down a 6-3 decision to limit the detention of the migrants to 60 days – rolling it back to a previous ‘infiltrator law’ — rather than 90 days. A second decision, to close Holot, came in a 7-2 ruling.

Interior Minister Gideon Sa’ar was incensed, and told journalists he could “not accept the verdict of the High Court…. We won’t have a Jewish democratic state because our borders will be overrun… with illegal infiltrators,” he warned.

Sa’ar added that the Knesset would have to approve new legislation to undo the damage caused by the Court – and Shaked has since put those words into action.

That effort is now being opposed by Hatnuah party chairman and Justice Minister Tzipi Livni.

In fact, three of eight members of the Ministerial Committee for Legislation voted against the measure. The other two were Health Minister Yael German and Science and Technology Minister Yaakov Peri.

However, laws approved by the Ministerial Committee generally have a good chance of making through their first reading in the Knesset plenum. They must still make it through a second and third reading, however, in order to be written into law.

As did Sa’ar, Shaked also has pledged to revise the Basic Law on human dignity. This would end the debate altogether as it would eliminate the Court’s jurisdiction over the issue. 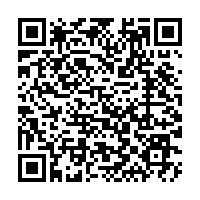