Anyone wandering into the UN Diplomat Dining Room looking for dinner on Monday might have thought they walked into a parallel universe.

Ambassador Ron Prosor, Israel’s Permanent Representative to the United Nations, was explaining the philosophy behind Israel’s newest postage stamp. “With this stamp, we give our stamp of approval” he said, “to the man who wrote the first known human rights declaration, a king who believed that all people can live side by side in peace, and that everyone is entitled to religious freedom. King of Persia, Cyrus the Great”.

Prosor continued as the new stamp, bearing the iconic Cyrus Declaration, went up on the media screens, “As we celebrate the great achievements of a Persian king here today, we can only regret that there is no king Cyrus sitting in Tehran today, and that the people of this great and ancient civilization known for tolerance and respect live under a ruthless, theocratic and regressive regime.”

The ambassador then introduced three renowned scholars, Dr. Irving Finkel of the Department of Middle East at the British Museum, Professor Faribortz Mokhtari of the Political Science and Economics Department at the University of Vermont, and Dr. David Menashri from the Alliance for Iranian Studies at Tel Aviv University, who enlightened the audience about the extraordinary man who is an ancestor to the Iranian people and was king of the country that is predecessor to Iran.

Ambassador Prosor summed up, “I hope the people of Iran look to the principles of the Cyrus declaration to inspire them in the present and lead them to a better future, and one day the Iranians will return to the tolerance and freedom promised by the Cyrus Declaration, the most progressive statement of its time.”

The event was co-sponsored by the Iranian American Jewish Federation of New York. 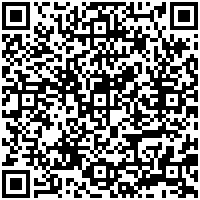