The Ahrida’s caretaker has faithfully protected and cared for the synagogue and grounds for the past three decades. A Muslim man married to a Jewish woman, he reverently placed a white yarmulka on his head prior to entering the synagogue with JewishPress.com .

Preferring not to give his name (“It’s not important – the holiness of the Ahrida is where the greatness lies,”) the caretaker proudly showed us the original furnishings, and how well they have been preserved, “how beautifully designed, how lovely the structure!”

One can easily see how the congregants were intent on building their seats and other furnishings of strong wood, elegant but meant to last the test of time. Clearly these were Jews who were thinking in terms of millenia, cognizant of their ancestry and anticipating the imminent coming of the Moshiach (Messiah) as promised in the holy texts, despite all hardships they had faced.

The women’s balcony is built high above and behind the main chapel, with a high enough demi-wall that could not allow an errant glance to see anyone up there even with great effort.

Just across the modest courtyard, a smaller beit midrash without a women’s balcony also exists. This was likely was used for Torah study throughout the day as well as a venue for festive ritual ceremonies. A smaller ark containing a Torah scroll is contained therein as well, making this room possible for prayer services during the week when attendance may have been smaller and women did not attend.

The caretaker told JewishPress.com that nearly 100 worshipers still come to synagogue for prayers on the Sabbath (although he quietly told our escort that many arrive in vehicles since they now live far from the neighborhood — a point he did clearly did not want to mention to this reporter.)

He pointed out a third wing, connected to the synagogue office and invitingly nestled behind a garden encircling a fish pond and fountain. “This is where the congregants share the Oneg Shabbat breakfast,” he said.

Each year on Purim, up to 400 people stream into the synagogue to hear the reading of the Megillah, the Book of Esther. It is a tradition that dates back centuries, one preserved and maintained by each Chief Rabbi of Turkey, who always attends the event.

This Wednesday evening (March 23), Turkey’s Chief Rabbi Hacham Ishak Halevy is once more expected to enter the Ahrida Synagogue for the reading of the Megillah. The city’s Jews will hear once again how the evil decree of Persia’s Prime Minister Haman, intended to annihilate an ancient people, was averted at the very last moment through the faith and courage of a Jewish woman and her cousin. Both Jews began as ordinary Jews in the Persian Empire; both ended as extraordinary players in the Hand of God.

For the Jews of Turkey, and especially after last week’s events, no story could ring any truer. 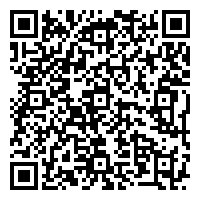