The University of Vermont (UVM) chapters of J Street U and Students for Justice in Palestine launched a simultaneous attack on the pro-Israel community at the school last week.

On Friday, the two groups released corresponding letters blasting the Hillel on campus for accepting funding from the pro-Israel group Maccabee Task Force (MTF), which will use some of the monies to organize a trip to Israel for students.


In their letters, which closely followed the same message, SJP slammed the UVM pro-Israel community for “a refusal to listen to Palestinian voices,” while J Street U denounces it for an “omission and erasure of Palestinian voices.”

Additionally, SJP rebuked UVM Hillel for creating an “unsafe environment,” while J Street U condemns it for enabling “unnecessary divides.”

Both groups also attacked MTF for not providing the “Palestinian narrative” on their trip.

J Street alleges that the MTF trip “obfuscate the reality for many Palestinians by omitting the narratives of Palestinians living in Gaza and Area C of the West Bank who bear the brunt of Israeli military occupation and blockade,” while SJP charges that MTF “offers a guided tour of Israel designed to bewilder them with the complexities of the region so they will step back from any on-campus activism and ‘leave it to the experts.’”

“This insidious tactic is designed to obscure the ease of access that we all have to information in the Internet age and is rooted in a refusal to listen to Palestinian voices, many of whom have lived in occupied territory for most or part of their lives, and who share their experiences freely and fully online and on campuses throughout the country,” continued SJP.

The groups condemned MTF, which combats BDS on campus, whose views are not aligned with theirs. SJP advocates for BDS on campus, including through pushing for resolutions calling on their respective college or university to separate from its interests in the Jewish state. While J Street has claimed that it does not support BDS, it has partnered with groups such as SJP that do.

MTF refuted the accusations and invited them to join them on its trip to Israel.

“For years, J Street has told the American Jewish community that the only way to convince students to support Israel is to embrace their critique of Israel. We’ve proven them wrong,” MTF executive director David Brog told JNS. “We’ve shown that sharing the reality on the ground—warts and all—persuades any reasonable student to shun the one-sided scapegoating of Israel behind BDS. Instead of fighting us, these students should join us. The door is open.”

J Street U did not immediately respond to a request for comment.

Noah Pollak, the executive director of the Emergency Committee for Israel and a UVM graduate, told JNS that J Street has had a problematic history of not supporting pro-Israel students in their fight against BDS.

“J Street presents itself as a progressive bulwark against campus BDS, but the reality is the opposite. Time and again J Street U chapters have supported BDS resolutions and activists, attacked pro-Israel students for their opposition to BDS, and worked with BDS groups to bring anti-Israel programming to campuses,” he said.

Pollak expressed concern regarding the latest development of J Street U and SJP attacking the pro-Israel community at UVM.

“Now J Street has joined SJP to encourage students to boycott trips to Israel. J Street and its campus chapters are a major part of the BDS problem.”

UVM Hillel executive director Matt Vogel told JNS that the trip to Israel, called “UVM Perspectives,” is “an unprecedented opportunity for Jewish and non-Jewish students to have an immersive, first-hand experience with the people, places, and issues related to the Israeli-Palestinian conflict.”

“This is a trip that many students have asked us for, to hear from people with a wide range of perspectives and experiences, including Jewish, Muslim, Israeli and Palestinian leaders and scholars,” he continued. “We believe the best way to address these issues is through dialogue and experience, not petitions. More than 80 campuses have participated in this trip over the last three years with more than 1,500 student leaders engaging in complex and nuanced dialogues.”

Vogel added that MTF is “one of many organizations across the spectrum of perspectives that support diverse Hillel programming on Israel. Hillel works with a range of partners that support various aspects of our work engaging students in Jewish life, learning and Israel.” 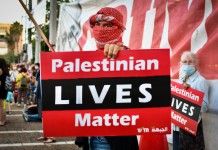 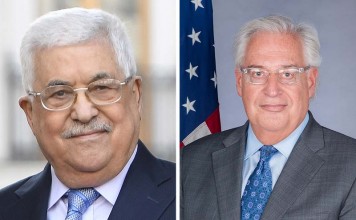 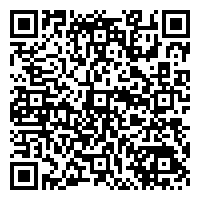