The low-cost, New York-based airline Jet Blue is allowing two officers each from any police departments in the United States to fly in to New York free in order to attend the funeral of New York Police Department Officer Rafael Ramos, the Daily News reported.


The funeral for Ramos will be held this Saturday at the Christ Tabernacle Church in Glendale, Queens. The White House spokesperson said this week that Vice President Joe Biden will attend the funeral.

Arrangements for Wenjian Liu’s funeral have not yet been finalized, but Jet Blue is also planning to cover the cost for his relatives to fly in from China. This will be achieved by the airline partnering with other companies, as it intends to do in areas of the U.S. it does not cover.

Another charity, the Stephen Siller Tunnel to Towers Foundation, will pay the mortgages for the two slain officers. The Siller Foundation was created by the family of Stephen Siller, a firefighter who perished in the 9/11 inferno at the Twin Towers.

98 Cops Hurt in Baltimore, Violence Spreads to US Cities 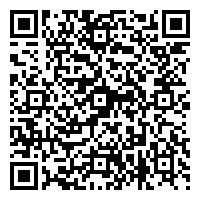