The Jewish Agency for Israel and the Israel Venture Network (IVN) this week launched their fourth food co-op in the Druze village of Beit Jann. Chairman of the Executive of The Jewish Agency for Israel Natan Sharansky, IVN cofounder Itsik Danziger, spiritual leader of Israel’s Druze community Sheikh Mowafaq Tarif, and leaders from Beit Jann and the Druze community attended the grand opening.

The new chain of food co-ops is a joint venture of the Jewish Agency and IVN, in partnership with UJA-Federation of New York and the United Jewish Endowment Fund of Greater Washington, aimed at lowering the cost of living and strengthening communities across Israel. The first three branches are located in the southern Israeli communities of Sderot, Yeruham, and Arad. The new branch in Beit Jann was launched in partnership with Ofakim LaAtid (“Future Horizons”), a nonprofit organization dedicated to fostering young leadership in Israel’s Druze community. The food co-ops operate as social business ventures, offering consumers significantly less expensive groceries and investing profits in local social empowerment initiatives. The chain is expected to reach forty branches across Israel and is based on close cooperation with local communities and various nonprofit organizations.


Chairman of the Executive of The Jewish Agency for Israel Natan Sharansky said: “I first heard about the ‘covenant of blood’ between the Jewish people and the Druze community while I was still in the Soviet Union, fighting for our right to immigrate to Israel. But that bond must also generate a covenant of life, and we must do everything to ensure that that covenant is strong and enduring. I am confident that this new joint venture between The Jewish Agency, Jewish Federations, and Israeli business leaders will enable us to help narrow the socioeconomic gaps within Israeli society and strengthen Israel as a whole.”

IVN cofounder Itsik Danziger said: “This new chain represents a substantial new step by IVN to promote the model of social businesses, an innovative model aimed at correcting market failures in Israel. The launch of the fourth food co-op in Beit Jann demonstrates that social businesses can generate sustainable, socially conscious activity while fortifying their financial viability with independent profits. The new chain helps lower the cost of living in Israel and we look forward to expanding it into additional communities across the country.”

Spiritual leader of Israel’s Druze community Sheikh Mowafaq Tarif said: “The decision by The Jewish Agency, headed by our friend, Natan Sharansky, and IVN to launch a branch of their new food co-op chain in Beit Jann is more than a statement – it is a fitting act, because Druze communities are worthy of investment and constitute an integral part of the State of Israel.” 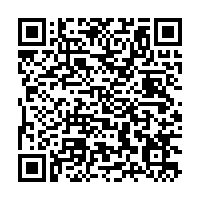