Rabbi Shmuel Eliyahu, the chief rabbi of Tsfat and one of the most prominent rabbis affiliated with the Jewish Home party, called on party chairman Naftali Bennett to make an effort to add United Torah Judaism to the new coalition government, and leave Shas out.

In an editorial published this weekend in the Olam Katan shul freebee, Rabbi Eliyahu describes his visits over the past month to the homes of Hasidic leaders and prominent Haredi rabbis, to try and form a joint alliance between the religious Jewish parties.

He explained that he “would love to ally with the Haredim, but I don’t want to be fooled by such an alliance.” He added: “You can’t fault Naftali Bennett for refusing to seek with eyes closed shut such an entirely fraudulent deal.”

Nevertheless, However, Rabbi Eliyahu argued that “we should today form an alliance with Agudat Israel. They are our flesh and blood brothers. Even if they do not all serve in the army and if we’ve had occasional complaints against them in the past, they are our brothers. They are close to us about the issues of the Land of Israel, Shabbat, Chastity and the importance of Torah study. They are no less our brothers than anyone else.”

The chief rabbi of Tsfat argued in favor of finding a solution to the issue of army enlistment, but urged doing this through a “pact with Agudat Israel and not through coercion. We need to find a way to incorporate them in the agreement Jewish Home has with Yesh Atid. We can’t leave them out.”

“We have to cry out loud: We are not against the Haredim. We are only against those who sold us out in the Oslo Accords. We need to explain that not all the Haredim are the same. We should embrace warmly the Agudat Israel faction and bring it into the government,” he said. 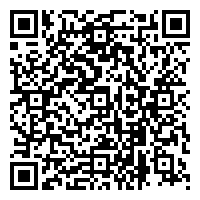