Pardon our disappearance, the JewishPress.com website was hacked overnight.

The attack was launched around 2:30 AM Israel time, at which point the hackers, who claimed to be from Gaza, caused a page in Arabic to display on top of the JewishPress.com page.

The main photo in their hack was an Islamist sitting on a horse carrying what appears to be an Islamic State (Da’esh) flag, while standing near the Dome of the Rock on a desolate and ravaged Temple Mount.

Strangely enough, the hack also displayed a whiny YouTube video flaunting their constant humiliation by the Zionists, a complaint that their fellow Islamists have abandoned them to the Zionists, and how they welcome the bliss of death by the Zionists. It sounded like they were saying Allah is a Zionist.

Go figure — It must be a cultural thing to wear your degradation on your (or someone else’s) sleeve.

As they spray-painted our page and slashed the tires, the hackers also tried to torch the entire site with their downloaded root-kit, but failed.

The hackers actually managed to kick themselves off our system in the middle of their vandalism.

That happens when junior hackers get their hands on sophisticated off-the-shelf hacking tools and weapons which they don’t really know how to use properly.

Certainly an apt analogy for not letting the Islamic Republic of Iran acquire nuclear weapons.

What they did was an annoyance, the equivalent of sticking chewing gum in your door locks and spray-painting graffiti on your storefront window.

But that’s why God created automated backups, though a site our size takes time to properly restore and secure.

Hackers and haters obsessively and relentlessly go after Jewish websites, and the bigger you are the more likely they are to specifically target you, as other large Jewish websites also recently discovered.

Over the past 4 years, hackers have repeatedly been trying to dig their tunnels into the JewishPress.com (and failing). Perhaps there’s just a little too much electricity flowing into Gaza, that this time they got lucky.

Thank you for giving us the opportunity to review our security and business continuity procedures. 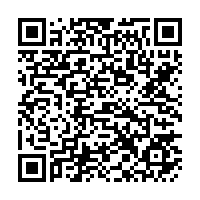