Mitchell Bard is nothing if not prolific. He has written and edited 23 books, including “The Complete Idiot’s Guide to Middle East” and “The Arab Lobby: The Invisible Alliance That Undermines America’s Interests in the Middle East.”

Bard, who has a Ph.D. in political science from UCLA, is also the executive director of both the American-Israeli Cooperative Enterprise (AICE) and Jewish Virtual Library, an online encyclopedia of Jewish history and culture. He has appeared on CBS, NBC, and Fox News, and numerous other television and radio programs.


He spoke to The Jewish Press about his latest work, “Death to the Infidels: Radical Islam’s War Against the Jews” (Palgrave Macmillan).

The Jewish Press: Death to the Infidels argues that the Arab-Israeli conflict is about religion. Many people, however, think it’s about land. Why are they wrong?

Bard: If it were about land, you wouldn’t have Islamic groups saying it’s inconceivable that Jews should rule over Muslims.

It’s also telling that only Muslims have turned to violence. Palestinian Christians are in the same situation as the rest of the Palestinians in the territories and yet they have not chosen violence or martyrdom. If anything, they feel just as persecuted as Jews.

If you’re right that the conflict is rooted in religion, what are the ramifications?

The ramifications are that there is no solution – that there never will be peace between radical Islam and Israel. That doesn’t mean you can’t reach an agreement – Israel was able to make agreements with Jordan and Egypt – but those agreements didn’t bring peace to the region. Radical Muslims continue to wage war against Israel.

The problem is that too many people think in terms of some sort of perfect peace like the Garden of Eden – or at least like the United States has with Canada and Mexico. And that just is unrealistic.

You write in the book that Arabs’ sense of time is very different than Westerners’. Can you elaborate?

So this idea of getting Iran to agree to [put its nuclear program on hold for] 10 years – for them 10 years is nothing. They’re willing to wait 50 years to have the capability to destroy Israel. And this is something most Westerners don’t appreciate. You have people in the Middle East say things like, “It took us 200 years to drive out the Crusaders, but we did. And it may take us 200 years to drive out the Jews, but we will.”

You have an interesting line in your book where you write, “The media and diplomats often divide the Muslim world into moderates and radicals, but those involved in the conflict with the Jews would be more accurately described as radical and more radical.”

I think if you look at the current leadership of the Palestinians, for example, that’s really what the choice is. Mahmoud Abbas and the rest of them are not moderates by any means. They talk about liberating Jerusalem and the Jews trying to blow up the al Aqsa mosque – that’s really not very moderate.

A moderate would be someone who says they’re prepared to live in peace with the Jewish state and they’re against terrorism and doing everything possible to stop terrorism and incitement.

You also write about the U.S.-Saudi Arabia relationship and note that on many crucial issues – such as human rights and funding terrorism and radical Islamic education around the world – the Saudis get a pass from the U.S. Why do they get a pass?

Well, they’ve gotten a pass for the entire history of the relationship – going back to the late 1930s when oil was discovered. The Arabists in the State Department, in particular, have been able to convince successive administrations that the Saudis literally have us over a barrel. They believe we can’t afford to pressure Saudi Arabia because the oil would be cut off.

No, because they can’t live without selling oil. They can’t drink it. They need to sell it somewhere, and we can use a lot more leverage to change their behavior.

As someone who has written extensively on the Arab-Israeli conflict, what do you find are the biggest misconceptions people have about Israel?

Politically, would you describe yourself as a conservative?

I don’t think I’m particularly conservative. On most social issues I’m very liberal, and if you look at some of the things I’ve written on the Middle East, they’re much more on the liberal side than the conservative side. For example, my longstanding position on the Middle East peace process is that Israel should unilaterally withdraw from the territories because if Israel controls or annexes the territories, it faces the dilemma of “How do you remain a Jewish democratic state?”

I don’t believe in the expulsion of Jews. My view was always that Jews who live in the territories should have the choice. If they really believe that what is most important is the Land of Israel rather than the State of Israel, let them stay. But then they are going to be in Palestine and subject to the laws and security of the Palestinians – and that’s probably not a good idea. But as far as I’m concerned, they should be able to have a choice. 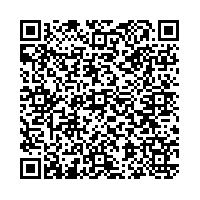