Three Jewish families moved into the “Peace House” in Hebron Sunday after receiving approval from Defense Minister Moshe Ya’alon, five years after his predecessor in the Olmert government brutally expelled dozens of Jews from the building.

The entry of Jews, with the official backing of the Supreme Court, represents a turning point for the rights of Jews to live in Judea and Samaria and against the Palestinian Authority-media-political-judicial torture chamber that has mangled  normalcy to the point it cannot be identified..


A Jew, reportedly a religious American of Syrian descent whose ancestors escaped the Arab pogrom in Hebron in 1929, purchased the building seven years ago from Arabs for approximately $1 million.

The Arab seller, a Jordanian, had sold it through a third party and did not realize that the building eventually would end up in the hands of Jews. The Palestinian Authority, banking on Jordanian law, makes a sale of property to Jews punishable by death, one of their principles of being a “peace partner.”

The Peace House is a four-story building that housed 25 Jewish families and yeshiva students until the government ordered them out in 2008, less than year after the purchase, because the legality of the purchase was questioned and their presence was deemed as endangering security

The building is called the “Peace House,” but Israel’s center-left media have insisted on calling it the “The House of Contention,” past of their propaganda machine to show that anything that settlers do is harmful for peaceful relations with Arabs.

If the Jews simply would leave Hebron, and all of Judea and Samaria, and live in Tel Aviv and the Negev, there would be no problems.

That is the formula that has been marketed for decade, despite the War of Attrition on the 1960s when Arabs from Jordan and Egypt constantly attacked Jews, despite the  Six-Day War when seven Arab nations circled Israel like vultures ready to pounce, and despite the Israeli government’s expulsion of Jews from Gaza in 2005 to make Israel safe for Hamas to attack with tens of thousands of missiles.

Welcome to the “peace process.”

That is why peace process lovers Amir Peretz and Ehud Barak, defense ministers  in the corrupt Olmert government, did everything they could to keep the Jews out of the building. Barak brought in the goon squads to violently expel Jews who had been living in the Peace House. The police swarmed in after he tricked the Jews to believe negotiations would be held before any police action would take place.

The building has been bought in 2007. After the initial purchase, the courts played along with the Arabs and Peace Now, accepting their appeals and questioning the legality of the transaction, until finally deciding that a lower court would have to decide on who really owns the building, but until then, no one could live there.

A lower court ruled last year that the Jews indeed legally purchased the building, but that decision was appealed to the Supreme Court, which last month rejected the petition.

Since the Defense Minister is the ultimate authority in Judea and Samaria, at least until it is annexed and placed under Israeli sovereignty, court approval of the sale does not mean the Jewish owners could move in. Unlike Peretz and Barak, who made lives miserable for Jews before resorting to force, Ya’alon signed on the dotted line Sunday after the owners paid the final $300,000 that was owed to the Arab seller

The three-justice panel that ended the ordeal exhibited rare common sense. Justice Daphne Barak Erez, who is considered a liberal and  a court activist, wrote that both sides in the dispute have emotional and ideological issues, but they are not in the purview of the courts. 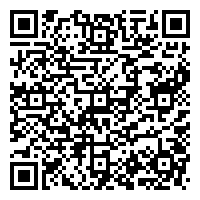