Many Jews reacted with horror when the news began to spread on Wednesday, April 15, that the Jews of a particular area in Ukraine are being required to register with local authorities.

Those requests were allegedly made in flyers distributed to Jews leaving shul on Passover. The flyers informed “Ukraine nationals of Jewish nationality” to report to a particular location in order to register their religion and to provide documentation of their ownership of any property. All Jews had to pay a registration fee or lose their citizenship and face deportation, according to the leaflet.

The leaflets were distributed in Donetsk, where pro-Russian militants have commandeered government buildings.

The Jewish Press covered the story, with appropriate notations that there was some uncertainty about the authenticity of the flyers, coupled with a dramatic increase in anti-Semitism in Ukraine in just the past few months.

The flyer – authentic or not – constitutes the 17th anti-Semitic incident to have taken place in Ukraine since the beginning of 2014. Most were violent attacks. Several were aimed at Chabad-Lubavitch emissaries and a few were life-threatening. Five took place in Kiev alone, according to statistics gleaned from the Coordination Forum for Countering Antisemitism(CFCA) website.

The story resulted in a huge outcry.

Secretary of State John Kerry called the demand for Ukranian Jews to register “intolerable” and “grotesque.”

Reporters at BuzzFeed pooh-poohed the story. One of the reporters, Max Seddon, tweeted a link to their article,  “Signal and noise in Donetsk over nonexistent Jew registration scandal.”

A Daily Beast reporter in Ukraine went to the office in the building in Donetsk designated in the leaflet at which Jews were told to register and pay their fee. She wrote that it was empty.

In a statement issued on Thursday, April 16, the Simon Wiesenthal Center wrote that Geoffrey Pyatt, the U.S. Ambassador in Kiev, told a senior SWC official that no one currently knows who created the “Jewish Registration Leaflets.”

Pyatt said the leaflets were “clearly part of a general effort to sow fear among Ukranian Jews.”

The SWC denounced “this grotesque action that is clearly designed to spread more fear among the Jewish community, already reeling from the increased instability that has racked the region for the past few months.”

Rabbis Marvin Hier and Abraham Cooper, the two most senior officials of the Wiesenthal Center, urged “authorities to take all necessary measures to ensure the safety of Jewish communal institutions.”

According to a reputable Russian blogger, “this is a fake intended to present the pro-Russian forces in Donetsk as a dark antisemitic power with the worst intentions.”

On September 28, 1941, notices were posted informing all of the Jews of Kiev that they were to appear the following day, with all of their belongings, to a particular location. The next day, September 29, tens of thousands of Jews showed up at the designated location. They were marched to the forest, to the ravine known as Babi Yar. All of those Jews were stripped of their belongings and their clothing, and then shot. By the following day, more than 34,000 Jews were murdered. 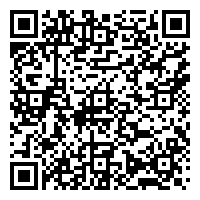