It is said that those who do not learn from history are doomed to repeat it.  For some Jews in Donetsk, Ukraine on this Passover holiday of “freedom,” concern and even fear is lurking in their thoughts, making them wonder about the lessons of the past.

On the first day of Passover this week, three armed men in the eastern Ukrainian province of Donetsk distributed flyers warning Jews to “register” themselves and their assets with the new pro-Russian government, according to the novosti.dn.ua website.


The flyers were handed out next to a synagogue as people were leaving following holiday prayers. They read as follows:

Due to the fact that the leaders of the Jewish community of Ukraine supported (Stepan) Bendery Junta, and oppose the pro-Slavic People’s Republic of Donetsk, [the interim government] has decided that all citizens of Jewish descent age 16 and older, residing within the territory of the republic, are required to report to the Commissioner for Nationalities in the Donetsk Regional Administration building and register by May 3.

(Ed. Note: Stepan Bander was a Ukrainian nationalist leader in Kiev who fought with Nazi Germany in the 1940s against Soviet troops before switching sides and taking up arms against the German occupation.)

“ID and passport are required to register your Jewish religion, religious documents of family members, as well as documents establishing the rights to all real estate property that belongs to you, including vehicles. Evasion of registration will result in citizenship revocation and you will be forced outside the country with a confiscation of property. A registration fee of $50 is required.”

Pro-Russian separatists are occupying the building where the Jews were told the register.

The flyer was written in the Russian language and bore the symbol of Mother Russia at the top of the page and that of the Donetsk People’s Republic at the bottom. It was allegedly signed by Denis Pushilin, chairman of the Donetsk interim government but no ink signature is seen on the paper.

Donetsk was recently declared an independent “people’s republic” by pro-Russian activists. In response to a query by a Ukrainian Jewish website, Pushilin confirmed the flyers were indeed distributed by his organization. However, he was quoted by the tvrain.ru news site on Wednesday as denying any connection to the content, and called the flyers a ‘provocation.’

Nevertheless, Jewish Agency Chairman Natan Sharansky told Voice of Israel government radio on Wednesday that aliyah from the Ukraine is likely to double by the end of 2014.

The flyer – authentic or not – constitutes the 17th anti-Semitic incident to have taken place in Ukraine since the beginning of 2014. Most were violent attacks. Several were aimed at Chabad-Lubavitch emissaries and a few were life-threatening. Five took place in Kiev alone, according to statistics gleaned from the Coordination Forum for Countering Antisemitism (CFCA) website.

A reader on the Israel Matzav blog warned in a number of posts that the situation in Ukraine is becoming extremely dangerous for Jews.

Wisely, a Jewish resident of Donetsk told Ynet that she does not intend to register, although she said that she had never encountered any form of anti-Semitism until she saw the flyer. “Though I take it very seriously, I am uncertain of its authenticity,” she said. 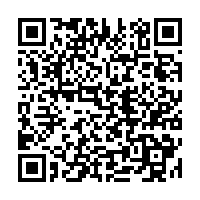