Jonathan Pollard is expected to be freed November 20, according to a decision by the U.S. Parole Commission, Justice Minister Ayelet Shaked confirmed Tuesday.

U.S. media, however, are reporting that Pollard is to be released on November 21. He is the only American citizen ever sentenced to life in prison for spying on behalf of a U.S. ally.


Regardless of which date it is, the White House said in a statement there was “no link” between the decision and the Iranian nuclear deal with the U.S.-led delegation of world powers, or “any other ongoing foreign policy matter,” according to The Hill.

There has been much speculation in media circles as to whether the Pollard “ace in the hole” was pulled in order to sweeten the bitter Iranian nuclear pill that President Barack Obama shoved down Israel’s throat. If so, it’s not likely to win the game: an ace in the hole cannot match an existential threat.

Pollard, 60, received a sentence of life in prison that lasted 30 years on a single count of passing classified information to an ally. He was arrested in 1985 and convicted in 1987 of spying for Israel.

In accordance with parole board regulations, Pollard must remain in the United States for the next five years, his attorney said. President Barack Obama could allow him to move to Israel sooner if he so chooses, however.

The former Israeli agent is not in good health; he underwent surgery in March 2014 for problems with his gall bladder, kidneys and intestines. In December 2014, Pollard lost consciousness and was again hospitalized. His current health status is reportedly stable. 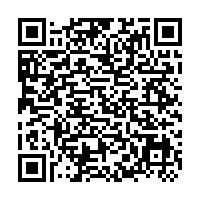