The Hashemite Kindgom of Jordan has repeated a long-standing libel that Israel is “forging ahead with its measures targeting Islamic shrines in East Jerusalem,” and warned Israel that allowing Jews to visit the Temple Mount would “ignit(e) the flames of hatred and violence.”

According to a report in the Jordan Times, Israel’s “occupation forces… prevented Muslims from reaching the mosque on the second Friday of the holy month of Ramadan.”


Somehow, the report seemed to miss the fact that thousands of  Muslim women, and men over the age of 50, prayed on the Temple Mount last Friday, as well as the background for the ban on younger men at the site: Repeated violence and rioting at the site by Palestinian activists.

Minister of State for Media Affairs and Communications Mohammad Momani noted Israel’s “attack against Palestinians who wanted to pray at Al Aqsa” – Arab-speak for ‘Jews visited the Temple Mount” – and accused Israeli “settlers” of breaking into the mosque for no other reason but to “provoke the feelings of Muslims.”

Notably, the paper provided no evidence either of Jews’ entering al-Aqsa Mosque or the Dome of the Rock, or of Israeli plans to destroy  al-Aqsa.

Finally, the report cited a Jordanian official who called on the international community and concerned organisations to “help safeguard Islamic and Christian sites in Palestine.” It was not clear if the protection the Jordanians were demanding includes protection for Moslem holy sites from Hamas rockets. 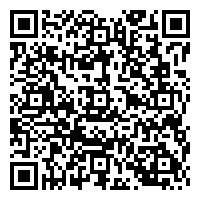