An Israeli beekeeper from Kedumim in central Samaria, recently won first prize for her wildflower honey in a honey tasting contest held in North Carolina.


“I had no idea that I would win,” Farbstein told Tazpit Press Service. “We saw how much people enjoy the honey here in Israel and so we sent our honey to the competition after seeing the contest publicized on the Internet.”

The annual Black Jar Honey Tasting Contest has been held for the past six years by the Center for Honeybee Research in Asheville, North Carolina. Through the contest, the center seeks to honor beekeepers and honeys and to discover quality honey varietals and blends from all parts of the world.

The international competition covered 10 different categories and winners hailed from Turkey, Italy, Slovenia, Kenya as well as Canada and across the United States. Farbstein’s winning honey was followed by honeys from Greece and the Canary Islands.

Farbstein’s wildflower honey are extracted from honeycombs that contain nectar from a variety of wildflowers including rosemary, lupines, dandelions, among other wildflowers found in Samaria. “There are many different wildflowers in the hills of Samaria,” she told TPS. “There is something special in the nature here.”

The category winners of North Carolina’s Black Jar Honey Tasting Contest were chosen by a panel of judges who included chefs, cookbook authors, food writers, and hospitality industry professionals, who picked the winners through blind tastings of the honeys that were kept in numbered black jars.

“The contest gets hundreds of entries and we were happy that a honey from Israel was recognized,” said Farbstein, who took a beekeeping course a few years ago and has been hooked on making honey ever since. “As a beekeeper, I can’t control the taste of the honey. That comes from above,” she concluded. 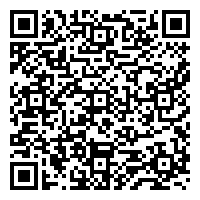