Tens of thousands of Palestinian Authority and Gaza residents are cared for in Israeli hospital each year, adding a heavy economic burden to an already strained health system, Makor Rishon reported Friday. This stretching of the healthcare system results in longer waiting times for specialists and diagnostic facilities, as well as the very functioning of medical teams – at the expense of Israeli patients.

According to senior healthcare officials speaking to Makor Rishon, the PA systematically evades payment for the hospital care received by its residents, adding that, too, to the economic burden born by Israeli citizens.


Professor Zeev Rotstein, Director General of the Hadassah Medical Organization, told the 2014 German Committee on the crisis in Israel’s healthcare system that “the Palestinian Authority pays 10 and it costs 100.”

According to Dalia Bessa, the Health Coordinator of the IDF Civil Administration in the territories, in 2015 more than 97,000 PA Arabs received medical treatment in Israel. In the same year, another 31,787 Gazan patients and their attendants entered Israel for treatment.

According to the Health Ministry, “Israel accepts for treatment only cases the PA is unable to care for, with permission from the security and medical authorities.” 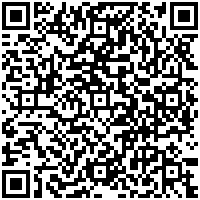