Gustav Metzger, who invented the “auto-destructive art” died at age 90 on Wednesday in London.

Metzger was born to Polish Jewish parents in Nuremberg, Germany, in 1926 and came to the UK with the “Kindertransport” children who were brought to Britain in 1939. His intimate experience of the twentieth century’s capacity for destruction led Metzger to create a “formulation of what destruction is and what it might be in relation to art.”


“When I saw the Nazis march, I saw machine-like people and the power of the Nazi state,” Metzger told The Guardian in 2012. “Auto-destructive art is to do with rejecting power.”

Metzger was widely known as the father of the Auto-Destructive Art and the Art Strike movements. In 1959, he published the first auto-destructive manifesto, which he gave as a lecture to the Architecture Association in 1964, after it had been taken over by students as a “Happening.” In 1962 he headlined the Festival of Misfits organized by members of the Fluxus group, in London’s Gallery One.

The Who’s Pete Townshend who studied under Metzger claimed the latter’s teachings had inspired him to destroy guitars onstage at the conclusion of his band’s concerts.

In 2005 Metzger selected EASTinternational which he proclaimed to be “The art exhibition without the art.”

In 2009, the Serpentine Gallery featured the most extensive exhibition in the UK of Metzger’s work, including the installation Flailing Trees – 15 upturned willow trees embedded in a block of concrete, symbolizing a world turned upside down by global warming.
Metzger stated that “artists have a special part to play in opposing extinction, if only on a theoretical, intellectual basis.” 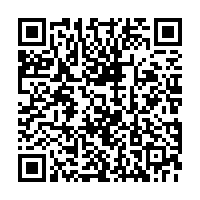