The difference between Hitler and Khamenei is 80 years.

The Ayatollah of Iran has published a 416-page book entitled “Palestine” and whose book cover features the world “Palestine” on a map of the country he wishes used to be Israel.

Nothing is coincidental in the Iranian regime. The publication of the new book, bound to a best-seller in Iran, is part of a propaganda campaign to brainwash Iranians into thinking that the agreement with the P5+1 powers does not have anything to do with the regime’s ultimate dream of wiping out Israel.

Khamenei explains that is absolutely logical that Israel should not exist for three major reasons:

Israel is an ally of the “Great Satan” known as the United States of America;

The New York Post reported that the back cover of the book credits Khamenei as “the flag bearer of Jihad to liberate Jerusalem.”

Israel is not the only country that should be erased, according to the book, which repeats the radical Islamic vision of a Caliphate Empire on all Muslim lands.

That means India also must be wiped off the map. Parts of Russia must be under Muslim rule. Several European countries should not exist as such, and China can kiss good-bye to nearly one-third of its land mass. Ditto for parts of the Philippines and Thailand.

Khamenei’s strategy for taking over Israel and all of the other “Muslim” counties is to create conditions that will convince everyone to leave for a abate life elsewhere.

That means Congress can relax and give its stamp of approval to ObamaDeal because Khamenei does not need a nuclear weapon to wipe out Israel.

Just lift sanctions and give him tens of billions of dollars to fund Hezbollah and Hamas, and perhaps the Boycott Movement.

The strategy actually is a statement of current events. The United Nations, and especially the European Union and the Obama administration, invent every opportunity to condemn Israel for promoting the presence of Jews in a Palestinian Authority country whose principle of “no-Jews allowed” violates the charter of the United Nations.

According to the New York Post’s report and translation from the Farsi-language book, Khamenei wrote:

We have intervened in anti-Israel matters, and it brought victory in the 33-day war by Hezbollah against Israel in 2006 and in the 22-day war between Hamas and Israel in the Gaza Strip.

And once Iran has a nuclear weapon, if not next year then in 10 or 15 years, any Israeli pre-emptive action could be met by a nuclear attack. One way or the other, Khamenei wants the means to destroy Israel and much of the rest of the world.

His book once again exposes that Iran is no less a threat to Europe than to Israel, but Europe is so overrun by Muslims that its leaders don’t have the strength to see the future.

Instead, they focus on Israel, promoting the “two-state” solution while Khamenei writes in his book that there must be a “one-state solution of a single state of a Muslim Palestine.

Like Iran, it would allow Jews to remain, without a right to vote and only if they prove they have “genuine roots.” that means the a large majority of the Israelis, like myself, would have to get on the next plane and “go back” to the United States, Europe, Morocco, Yemen and the former Soviet bloc, among dozens of other countries. 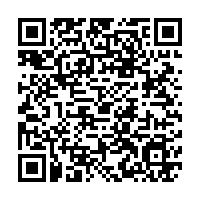