(JTA) — Former White House official Ron Klain has been tapped to coordinate the government’s response to the Ebola outbreak.


In his position as Ebola response coordinator, Klain will report to Homeland Security Advisor Lisa Monaco and National Security Advisor Susan Rice, the White House said in an announcement over the weekend.

“Klain comes to the job with extensive experience in overseeing complex governmental operations and has good working relationships with leading Members of Congress as well as senior Administration officials,” according to the White House. “Klain’s talent and managerial skill will be crucial in providing the resources and expertise we need to rapidly, cohesively, and effectively respond to Ebola at home and abroad.”

Klain, who is Jewish, grew up in Indianapolis and attended Harvard Law School. Since leaving Washington in 2011, he has worked as president of Case Holdings, an investment company,
His appointment comes following the infection of two Dallas nurses by the first Ebola patient diagnosed in the United States. 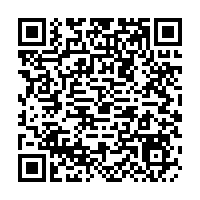