The mountain trek of a lifetime has ended for Israeli hiker Michal Gili Charkesky, whose lifeless body was recovered today from the Himalayas.

Israeli and Nepalese searchers found the body of the missing 36-year-old woman on Monday, according to Israel’s Foreign Ministry, who said her family has been informed of her demise.


Charkesky disappeared in the Himalayas last week along with dozens of other hikers who were caught by surprise in one of the massive snow storms for which the mountain range is well known. The storm and a subsequent avalance so far has claimed the lives of 40, including four Israelis. At least 12 other Israelis were injures.

Israel’s Foreign Ministry told journalists on Monday that its embassy in Kathmandu is in the process of arranging for Charkesky’s body to be returned to Israel.

Keshav Pandey of the Trekking Agencies’ Association of Nepal said today (Monday, Oct. 20) was the last day of the search and rescue operation. “After this we can only hope that those who are missing will establish contact with us or with their families,” Pandey said.

“We don’t think that any tourist is missing now. I am getting reports that some local porters and tour guides who were on the trek have not been traced so far,” Pandey added. The search team has rescued more than 250 people.

Among the casualties were hikers from Canada, Israel, Japan, India, Nepal, Poland and Slovakia. Many died while trying to descend in freezing “whiteout” conditions from the highest pass of the 240-kilometer (150-mile) trail around Annapurna, survivors said.

Annapurna is known for its especially dramatic views of scenery that includes crags and hamlets for miles around. 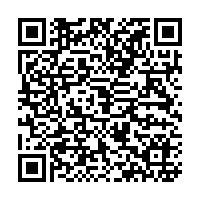