“In the wave of terrorism plaguing us, illegals are often the terrorists,” said MK Elharar in reference to Arabs from Judea and Samaria working in pre-67 Israel illegally. “As of March, 44% of the attacks carried out within the Green Line were perpetrated by illegal workers.”

The Green Line refers to the armistice lines drawn between Israel and the Arab armies in 1949, ending Israel’s War of Independence. Israel gained control of Judea and Samaria, which are beyond the Green Line, during the Six-Day War in 1967.

IDF Chief of Staff Gadi Eizenkot noted at the committee session that none of the Arabs from Judea and Samaria with legal work permits had committed terrorist attacks in recent years.

“There have not been any terrorists among those who possess work permits during the last terror wave, and I think even over the last decade as well,” Eizenkot said.

Eizenkot added that approximately 61,000 PA Arabs commute legally from Judea and Samaria to work in Israeli-controlled territories on a daily basis and about 40,000 PA Arabs work in city industrial zones. In contrast, 50,000 to 60,000 PA Arabs are employed in Israel without legal permits.

While noting that they understood the significance of the numbers, both the committee chairwoman and the chief of staff acknowledged what they felt were the legitimate concerns of illegal PA Arab workers.

“In many cases, the illegal workers infiltrate because they have no other work options and receiving a work permit is difficult and complicated,” conceded MK Elharar.

The chairwoman, however, also warned that failure to properly enforce and control the work permits just allows the problem of illegal Palestinian Authority Arab workers to continue.

Eizenkot, meanwhile, suggested that Israel adopt a balanced approach to solving the problem. “We need to create a balance between the Palestinians’ economic needs and security requirements,” he contended.

In particular, Eizenkot suggested that Israel improve the process through which Arabs in Judea and Samaria could obtain work permits in addition to facilitating more efficient access through checkpoints. Eizenkot also called for harsher penalties on those aiding, abetting, and employing illegal workers. 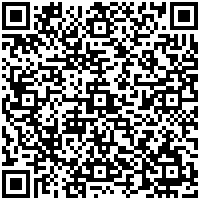