A confidential German Interior Ministry report accusing the Turkish government of supporting terrorism across the Middle East was leaked to the German broadcaster ARD Tuesday. According to the document, the Erdogan regime supports Hamas, the Egyptian Muslim Brotherhood and several Islamist rebel groups in Syria. The document was originally provided by the Bundestag to the leftwing party Die Linke.

ARD cited the document as saying that “the many expressions of solidarity and support actions by the ruling AKP and President Erdogan for the Egyptian Muslim Brotherhood, Hamas and groups of armed Islamist opposition in Syria emphasize their ideological affinity with the Muslim Brotherhood.”


Founded in 1928 and inspired by the fascistic ideology of the time, the Muslim Brotherhood has been the largest, best-organized, and most disciplined Suni opposition force in Egypt and in other countries — to the point where, for a brief moment in 2011-12, it captured the Egyptian presidency. In 2006, Hamas, an offshoot of the MB, captured the Gaza Strip where it remains the sole sovereign.

The leaked German report says Ankara has deepened its ties with the MB, Hamas and the Syrian groups and is serving as their “platform for action” in the region.

“As a result of the step-by-step Islamization of its foreign and domestic policy since 2011, Turkey has become the central platform for action by Islamist groups in the Middle East,” ARD cited from the document.

MP Sevim Dagdalen of the Linke party told ARD “the German government cannot publicly designate the godfather of terrorism Erdogan as a partner, while internally warning about Turkey as a hub for terrorism.”

The German government has so far declined comment on the leaked document. But earlier Germany’s European affairs minister Michael Roth said Germany plans to continue raising its concerns about President Erdogan’s Detention of tens of thousands of people as part of his crackdown on suspected coup supporters.

On Monday, Turkish Foreign Minister Mevlut Cavusoglu warned that Turkey might abandon its promise to retain on its soil the millions of migrants and refugees pushing to get to Europe if the EU not grant Turkish travelers visa-free entry. This despite the €3 billion Turkey has received in grants to care for this population. 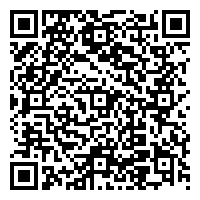