The Subcommittee for Personnel in the IDF, headed by MK Amir Ohana (Likud), last week held a follow-up meeting on the authorities’ treatment of the harassment and persecution of Haredi IDF recruits.

MK Ohana said, “Many complaints are reported by Haredi recruits regarding incitement and harassment coming from the Haredi society. If Haredi soldiers are not supported by their surroundings and their elected officials, we will be their back and guard them as they do for us.”


“Law enforcement authorities, and at their head the State Attorney’s office, choose to turn a blind eye and close these files using the excuse of ‘lack of public interest’. This is a lie. The public has an interest in all IDF soldiers so that nothing bad will occur to them,” said Ohana, “This is a warning sign and all of the involved entities should take action – here and now, before a disaster will occur and it will cost us in blood.”

Yaakov Vider of the Haredi faction in the Likud, said, “When a child sees a photo of soldiers appearing as pigs with a bloody knife, it trickles. If this phenomenon continues there won’t be Haredi soldiers anymore. I invited to the discussion soldiers who were harassed and public personalities, and they were scared to come here, to Israel’s Knesset in Jerusalem, fearing that the harassment would worsen. What are we waiting for? For a solider to be murdered and then to get into the thick of things?”

Moshe Prigan, former head of the Haredi integration department in the Israeli Air Force, said, “I return from ‘Operation Protective Edge’ after two weeks, walk along Nehemia Street in Bnei Brak with a dirty uniform, and a group of youngsters gather around me and shout abusive words. At that moment I realized that it is not only a handful of people. These people are the engine which leads the train and it expands to children and youths who create the chip which distributes terror.”

Lieutenant Colonel Tzachi Revivo of Meitav’s Human Resources Directorate told the committee that there are currently 62,000 Haredi soldiers in compulsory army service, and another 400 in the standing army service.

Deputy Defense Minister MK Eli Ben-Dahan (Habayit Hayehudi) told the committee that a special team which includes the army, police, and the State Attorney’s office, deals with complaints of harassment lodged by Haredi soldiers, and convenes in his office to deal with each case.

Ben-Dahan revealed that there will soon be a discussion on the matter at the Attorney General’s office. He said, “Freedom of expression has turned into freedom of incitement with regards to the Haredi soldiers. The umbrella of freedom of expression which was implemented by the Ministry of Justice until now is very widespread, maybe too widespread.”

“Following my request, there is a designated date for discussion with the Attorney General to examine the issues, and I hope that he will decide to minimize the freedom of expression on this matter, as these are not abstract expressions, but harassment of Haredi soldiers and those who deal with their recruitment,” said Ben-Dahan.

Ben-Dahan criticized the silent encouragement of violence by Haredi public leaders. “I tell you this as a Rabbi in Israel – there is no permission in the world for these incidents. Those who say they act in the name of the Torah are operating against it. This is not a sanctification of God’s name, this is desecration of God. As a person who deems Torah-related issues very important, I am surprised and disappointed at the way in which Haredi leaders, Rabbis and public leaders operate and their silent encouragement of these matters,” said Ben-Dahan.

MK Eyal Ben-Reuven (Zionist Camp) said, “The phenomenon of threatening and harassing Haredi soldiers is intolerable and our job is to protect them. I encountered this already 20 years ago as a division commander, but the difference is that today it is planned and paid for.”

“It cannot be that IDF soldiers will be threatened by entities which operate in the name of ideology and religion – this is called terror,” said Ben-Reuven. “An organized and funded threat requires an entire strategic plan to affectively deal with the phenomenon, including education, publicity and deterrence. I address the Haredi public leaders: show courage. It’s in your hands. Stop the phenomenon, for the sake of the Haredi society.”

MK Mordhay Yogev (Habayit Hayehudi) said, “The phenomenon of harassing Haredi soldiers and their families in the Haredi sector is accompanied by severe and dangerous violence which needs to be systematically treated. I call the Minister of Defense to appoint a chief Haredi officer, and in his team there will be a public petitions officer available 24 hours a day. I call on the Minister of Justice and the Minister of Public Security to place this phenomenon as a priority and judge events of incitement and harassment severely, with the inciters and harassers.”

“Israel Police needs to increase its presence and security in neighborhoods in which such incidents occur. The State Attorney knew, in the case of “price tag,” to operate phenomenally against each graffiti, and in this case you are not there, when you hear of severe instances which continue over a long period of time,” said Yogev.

He continued, “I ask to strengthen the hands of the Haredi soldiers and their families, and all the entities which support them. I am a solider requesting to assist in this important battle, for the sake of the nation’s unity and security.”

MK Rachel Azaria (Kulanu) said, “Recruitment of Haredi soldiers is strategic for the State of Israel. It cannot be that there is no tool in our hands to do something to someone who supported and danced around Yehuda Kaminitz, who was released from custody after inciting.”

“Children whose family members joined the army are not accepted into schools, and Haredi soldiers are not allowed to complete a minyan,” said Azaria, “These are practices which belonged to Jewish communities in the Diaspora when they wanted to boycott someone. It cannot be that they are boycotted and the state does not enter this matter intensively.”

The committee agreed unanimously on the following decisions:

1. The committee supports Haredi soldiers who do not give up on the right to serve in the IDF, despite the difficult reality in which they and their family live in.

2. The committee calls Ministers of Justice and Public Security to prioritize treating the harassment of Haredi soldiers and to carry out the inter-office team which deals with the issue in an effective and frequent matter.

3. The committee will hold once every four-month a status discussion on the various entities’ treatment of the harassment of Haredi soldiers.

4. During the second half of 2017 the committee will invite the State Attorney’s Office for a discussion, in which they will be requested to present their tools for dealing with the phenomenon, and which tools they recommend to advance.

5. The committee requests from the Ministry of Defense and Ministry of Justice to promote the network for civil prosecution against events which are not treated. 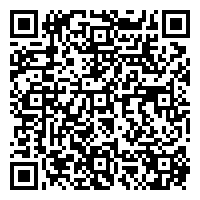