“As Defense Minister, I feel, like most of the citizens of Israel, a sense of unease about the court’s decision,” Defense Minister Avigdor Liberman wrote Sgt. Elor Azaria’s defense team earlier this month.

A copy of the January 12, 2017 letter from Defense Minister Avigdor Liberman to Attorneys Ilan Katz and Eyal Besserglick, Sgt. Elor Azaria’s defense team, in response to their initial letter to the minister, was published Wednesday by Rotter.net.

The itemized letter begins with confirmation of receiving the attorney’s letter to Liberman. It continues:

2. I am sorry about the progression of the saga from its inception. I believe, as I’ve said several times, that serious mistakes have been made from the first moment, bringing the case to a place it never should have gone.

3. As you know, my position on this issue was and remains that after all was said and done, we must remember that this is a case of a soldier with a distinguished record on one side and a terrorist who came to kill Israeli soldiers on the other.

4. I am not a jurist and I have no intention of referring to the professional performance of the prosecution, the defense or the court, nor am I able to evaluate the prospects of an appeal, assuming one is submitted.

5. As Minister of Defense, I feel, like most of the citizens of Israel, a sense of unease about the court’s decision. I think about what’s good for Elor and feel empathy for him and for his family, with concern for the resilience and values of the IDF and the unity of the Jewish people.

6. What’s needed now, to resolve this sad case, is to allow the security apparatus to act quietly and without interruptions.

7. I believe we should wait and stop the media’s engagement in this matter, which only causes damage. 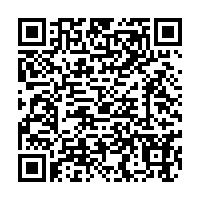