The Labor, Welfare and Health Committee on Monday unanimously approved for its second and third readings at the Knesset plenum a bill presented by MK Tamar Zandberg (Meretz) making Israeli fathers eligible for five days of paternity leave after their spouse has given birth.

The leave, to run parallel to the leave granted mothers, will consist of three vacation days and two additional days on the account of the father’s sick-pay allocation—this in addition to the father’s permitted absence on the day the baby is born.


Since May 1998, fathers have been allowed to take paternity leave instead of — rather than in addition to — their wives, as well as one day of leave when the baby is born and a second day for the circumcision ceremony if the baby is a boy.

“This is nothing less than an historic achievement,” Zandberg said. “For the first time, a father will have the legal right to be at home during the first days after the birth, and this is the first time the term ‘paternity leave’ will enter the book of laws in Israel.”

“A birth is a family event which does not belong to the mother alone,” Zandberg continued. “The proposed bill was born of necessity — out of employers’ lack of support for their workers.”

Labor Committee Chairman MK Elie Elalouf (Kulanu) said, “This is a real improvement. Families should be together during these important moments.” Elalouf added that he would promote legislation that would enable the 270,000 self-employed Israelis to also take paternity leave.

MK Dov Khenin (Joint Arab List) said, “This is the beginning of a significant revolution. I stayed at home for three months with each of my children after they were born, and I enjoyed it very much.” 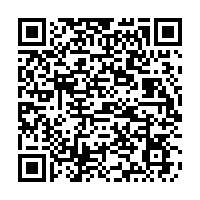