Polish gas company workers exposed bones while digging at the site of the Nazi Plaszów concentration camp and Jewish cemetery. Only a single stone marker indicates the site of the cemetery.

Police were alerted to the incident by a local Jewish community leader who received a tip from an anonymous caller. Likewise, Rabbi Eliezer Gurary, Rabbi of Kraków and the city’s Chabad-Lubavitch emissary was anonymously notified — belatedly — on Wednesday about the find.


The rabbi told JewishPress.com in a statement, “The concentration camp was built upon a Jewish cemetery, therefore there’s a great chance that these are human Jewish bones.” Gurary added that he intends to turn to the local authorities “in order to take part at the investigation and to act in order to find a solution if they are indeed human bones.”

The gas company was doing pipeline maintenance work at the time the bones were discovered, according to a report in Newsday.

Kraków Police spokeswoman Mariusz Ciarka told reporters Tuesday the bones were sent for examination to a forensic lab “to determine if they are human.”

The Plaszów concentration camp was originally intended to be a forced labor camp. It was built on the grounds of two Jewish cemeteries and populated with prisoners during the liquidation of the Kraków Ghetto, which took place on 13–14 March 1943. 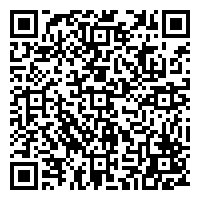