American Reform rabbis are warning of an imminent disconnect with Israel in their movement. The distance is growing over insulting comments by Israeli lawmakers and their outrage over the long-standing “Who is a Jew” issue that seems to again be returning for another round of debate between Israel and the Diaspora.

The Reform Movement is the largest stream of the faith in the United States, although it has marginal numbers in Israel. It has provided key support for the Jewish State both politically and financially in the U.S. and whenever Israel is threatened, the movement is among the first to respond.

The angst between American Reform Jewry and Israel was reflected during a meeting last week between the movement’s leaders and Israeli officials.

“How do you ask Jews around the world to support Israel politically, economically, socially … and at the same time you have these ministers who say to our people ‘you’re not really Jewish’ or ‘you don’t have a place here in Israel?’

“It’s a real problem for us,” said Rabbi Steven Fox, the chief executive of the Central Conference of American Rabbis. The 2,000-member CCAR held its septennial convention in Israel last week.

Israel faces a thorny dilemma, being a Jewish State where some key laws are based on those in Torah, such as the definition (for marital purposes) of “who is a Jew” and what constitutes a legitimate Jewish marriage and divorce.

The state has tried to make diplomatic compromises in that it has stretched the identification of a Jew to embrace all those who met “Hitler’s definition” – that is, anyone who can prove the Judaism of a single grandparent on either side.

But the American Reform movement today includes temples with mixed gender seating, female rabbis and members who violate the Sabbath by driving to services. Many no longer recognize the kosher laws as relevant either, relegating that practice to antiquity as an ancient law used to protect public health. Some members have even taken on the practice of installing a Christmas tree in the home around the winter holidays, so their children won’t feel “different.” Many are intermarried.

Last month after three years of delicate negotiations, the state risked a crisis with the Orthodox population and designated a special mixed-gender prayer section at the Western Wall in Jerusalem. In that section, women are permitted to wear prayer shawls and yarmulkas as do Jewish men.

The upheaval that followed rocked the Jewish world in Israel and the Orthodox world around the planet. Israel’s chief rabbis were furious and the rabbi of the Western Wall, Rabbi Shmuel Rabinowitz, threatened to resign.

The American Reform movement was overjoyed, as was the activist Women of the Wall organization.

But now American Reform rabbis are angry because an Israeli minister called the movement a “waning world.” Tourism Minister Yariv Levin, himself a secular Jew, pointed out that intermarriage and assimilation will eventually lead to the disappearance of the Jews who engage in those practices. Levin commented that the mixed-gender prayer site at the Western Wall would likely become unnecessary within two or three generations.

A hareidi-religious lawmaker was more abrupt and far less polite, comparing the Reform movement to the “mentally ill.”

Prime Minister Benjamin Netanyahu, who is not observant, was caught between having to try to force his lawmakers to behave with some dignity and respect, and having to pacify the deeply insulted visiting Reform rabbis.

Netanyahu had already rejected “disparaging and divisive remarks” about Reform Jews. He called the movement “part and parcel of the Jewish people” and reminded Israelis that a Jew is a Jew, regardless of which synagogue he attends. He also met with the visiting Reform rabbis, albeit without a public notice. 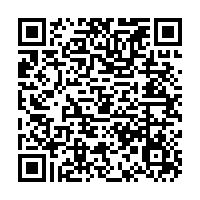