On Tuesday, the severe cuts in government assistance to large families is going into effect, representing a new peak in Finance Minister Yauir Lapid’s war against the Haredim. What began as an election slogan, touting the need for an equal share in the national burden, is now policy, and as so many things political go, this one is hurting the weakest members of society.

Here’s the list of changes in the amounts paid to families—it is divided into children before and after 2003.

Israel’s social security administration objected to these cuts, arguing that they expect them to send some 35 thousand new children below the poverty line. In fact, they said the new cuts, sold as part of the “equal burden” package, will actually introduce a huge, new gap between rich and poor, as the percentage of poor children will rise from 4 to 40 percent.

In his Facebook message (today’s politician’s alternative to press conferences, where they might ask you embarrassing questions), Lapid said he was fulfilling one of his key promises to his voters. He also offered the following factoid, possibly something he read in a Maggie Thatcher interview:

“For years upon years it’s been proven that child allowances don’t get people out of poverty, they only make poverty permanent. Only one thing allows families exit the cycle of poverty – and that’s working.”

According to a 2011 report on poverty issued by the Israeli social security administration, 39.3% of Israeli families have been freed from the cycle of poverty due to receiving a variety of subsidies, including child allowances and income tax breaks, and the figure includes 15.1% of the children in Israel. The poverty line before government subsidies are paid out stands at $39.3%, and with the old subsidies dropped to 19.9%, which is still the highest poverty level among developed countries, and highest among all the OECD member countries…

For Haredi families, this severe cut in income comes coupled with a severe curtailing of funding for yeshivas and kolelim—by 30 percent this coming year, and by 60 percent the following year.

Four Haredi families are planning to sue the government in the Supreme Court over the cuts, which they say were made haphazardly and in a manner that does not befit proper legislation. A similar appeal was rejected a month ago by Justice Noam Solberg, on the ground that it was issued too early on in the legislative process. He urged the plaintiffs to come back once the bill becomes a law. Well, today it did.

Minister Lapid received a lot of praise when, during a duel with MKs from the Torah Judaism party, he said from the podium, in response to an accusation that his office was starving children:

“We will not allow any child in the State of Israel to go hungry. It’s our duty to make sure no child in Israel will be hungry, and we will honor it. But I want to remind [you], the institution responsible for caring for children is called their parents. When you bring a child into this world, [you] are the primary person responsible for it. Bringing a child into the world is a heavy responsibility, and so you should bring children into the world not based on the assumption that other people would care for them, but rather based on the assumption that it’s your obligation to take care of your own children.”

But that was many months ago. Today it has become clear that Minister Lapid—continuing his late father’s legacy of Haredi and religious hatred—has declared war on religious Jews in Israel. So far it’s been a three-pronged attack, hitting the issues of draft, child rearing in large families, and the education budget. Granted, in every one of these areas the Haredi public could do a lot to improve its relationship with the state and to create more goodwill between religious and secular in Israel. But to hit them with these three massive jabs all at once is not an act of repair but of destruction. 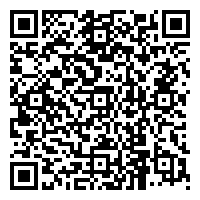