Left-wing activists claim the a video published by the Defence for Children- Palestine Section organization documents the death of Nadeem Siam Nawara, 17, and Mohammad Mahmoud Odeh Abu Daher, 16, during a Nakba Day riot near the city of Beitunia. The group claims the video was taken by security cameras as events unfolded, and seems to show that neither of the two victims were involved in violent activity at the time they were shot.

On closer examination, however, the video raises more questions than it answers. For starters, IDF, international media and pro-Palestinian organizations who witnessed the riot and shooting of Daher and Nawara confirm that the incident took place during violent clashes between Palestinian protesters and IDF troops. But apart from one young man (0:25 minutes into the video clip) whirling a slingshot, there is no violence in the video until the first young man appears to be shot.

Which leads to the footage of the boys being shot. The first
“shooting” takes place 0:48 seconds into the video, with no violence in sight, apparently in the man’s back.

But instead of collapsing in a heap, as most gunshot victims do, the individual in the video throws his arms out in front of himself to break his fall and lies down carefully on the ground where he rolls over like a child “playing dead.” Whereas there is a human reflex to “protect” the thorax with the knees by lying in the feral position when the torso is attacks, the individual in the video winds up flat on his back, with his legs and arms locked straight.

The second victim, too, appears to have been staged. For starters, this man, too,  can be seen easing himself onto the ground after allegedly being shot. But in contrast to the first victim, who appears to have developed rigor mortis in the 5 seconds between “being shot” and lying down on his back, the second individual can be seen rolling on the ground for approximately a second before onlookers rush to his aid).

Furthermore, the second victim can be seen approaching the camera from the opposite direction than the first man, and he appears to have been shot in the chest. That is consistent with all reports from the scene.

But both men can be seen “falling” forward. How could both men fall forward, if one was shot in the chest, and the other in the back?

A spokesman for Defence of Children- Palestine Section, the organization that posted the video, said Wednesday that the although the video had been edited to include commentary from a local witness to the riot, the footage did not alter the events as they occurred last Thursday.

“The IDF hasn’t denied that the video we released is the actual security camera  footage,” DOC-PS spokesman Ivan Karakashian told The Jewish Press Wednesday. “They have only accused us of editing the film in such a way that misrepresents the events the way they unfolded.”

Responding to that suggesting, Karakashian rejected out of hand that his left-wing organization would do something like that.

“Why did the people fall down the way they did? I don’t know. But there’s a lot here we don’t know. We don’t know what sort of ammunition the IDF used, for example. But all the international press and aid groups that were at the protest have confirmed that the boys in the video are the boys who were shot.”

The incident brought to mind the infamous case of Mohammed al-Dura, the 10-year-old boy who was supposedly killed by IDF gunfire during an exchange of fire between Israeli and Palestinian troops during the opening days of the Oslo War (al-Aqsa Intifada). Then, France’s Channel 2 filmed horrifying footage of al-Dura’s father trying desperately to shield the child during the exchange of fire, and ultimately left to coddle his dead child’s body.

But French Jews and Israeli officials have debunked the veracity of that video for years. Philippe Karsenty, a French media commentator, showed conclusively that Channel 2 had altered the video in order to portray Palestinian suffering as the conflict spread.

And last year, the Israeli government went one step further, reporting that Mohammed al-Dura is still alive, “Contrary to the report’s claim that the boy was killed, the committee’s review of the raw footage showed that in the final scenes, which were not broadcast by France 2, the boy is seen to be alive, or at least that he did not die during the October, 2000 clashes.

Then, as now, IDF officials tentatively accepted charges that soldiers had inadvertently killed the child. But in 2001 a military investigation showed conclusively that al-Dura could not have been killed by Israeli fire.

But the damage had been done: the image of al-Dura’s lifeless body slumped over his father became one of the Oslo War’s iconic images. Arab and international media showed the video for weeks. Osama Bin Laden cited the incident as one of the reasons he decided to attack the World Trade Center and the Pentagon on September 11, 2001. 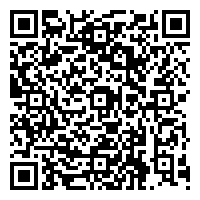