The Jewish community in Lebanon has officially denounced the State of Israel as the country’s sole synagogue prepares to reopen in Beirut.

“We have no connection to those who wanted to live in Palestine and kill innocent people,” Isaac Arazi, head of Lebanon’s dwindling Jewish community, announced to a reporter.


He spoke with the London-based A-Sharq al-Awsat newspaper in an interview this week ahead of the impending reopening of Magen Avraham, the only remaining synagogue in Lebanon.

Founded in 1925, Magen Avraham was one of 16 synagogues in Beirut, named for the son of Abraham Sassoon, Moise Abraham Sassoon of Calcutta, and built on land donated by Isaac Mann. The synagogue is located in the former Jewish district of Wadi Abu Jamil in Beirut and was allegedly abandoned after shelling destroyed the building during the Lebanese Civil War in the 1970s.

During the 1982 Lebanon War with Israel, the Palestine Liberation Organization forces headed by terrorist Yasser Arafat holed up in the Jewish neighborhood. They used the synagogue as a shield, forcing Israeli pilots to attempt a surgical air strike that failed, further damaging the building.

Renovations in process since May 2009 were estimated at approximately $1 million. “We even raised money from Lebanese Jews outside the country – but Christians and Muslims have also helped us renovate,” Arazi noted. “Even the company that is responsible for development and rehabilitation of Beirut helped us in accordance with the law that the state should help to renovate houses of worship.”

Arazi said as head of the community, he spoke for all of the remaining few dozen Jews who are left in the country north of Israel, home also to the Iran-backed Hezbollah terrorist organization.

Although the Lebanon-based Hezbollah terrorist organization, an Iranian proxy, is committed to Israel’s destruction, the group claimed it has no problem with the Jews in its midst. “We respect the Jewish religion just like we do Christianity,” a spokesman for the terrorist organization told the newspaper. “The Jews have always lived among us. We have an issue with Israel’s occupation of land.”

The sectarian fighting that takes place between Hezbollah and other groups within Lebanon and in Syria seems to belie the statement, however. Likewise, the massive flight of Jews from Lebanon that left the community almost entirely bare leaves one to wonder why, if conditions among the Lebanese are so convivial, so many other Jews found it necessary to flee.

“Not all Jews are Zionists. We identify as Lebanese and we belong in Lebanon 100 percent,” Arazi told the Arabic newspaper. “Our condition is just like that of the rest of Lebanon. We suffer just as they do from politicians and officials whose only worry is how to put our money in their pockets.”

The majority of Lebanon’s population is Muslim, although there is a significant Christian minority. The newspaper did indeed also report that Gentile in-laws of intermarried Jews are not as likely to ignore the differences between them as the Lebanese Jews are.

One woman who was interviewed, “Sonia,” age 60, said that although she stayed with her Gentile husband and children when the rest of her family made aliyah, her in-laws nevertheless were opposed to her because of her faith.

Still, she told the newspaper, “There’s no such thing as Zionist or Jewish. The Jews are all one, and there’s no way to run from their identity.” 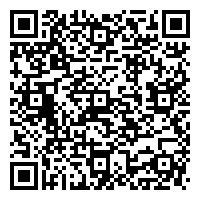