The International Solidarity Movement (ISM), the leftist, anarchist and dedicated anti-Israel organization, has posted a video that shows incriminating scenes of provocation by Arab rioters of Israeli soldiers but which were conveniently left out by Arab media.

The video posted here earlier this week shows Kfir Brigade soldiers manhandling a Palestinian Authority protester and then hitting him while he was pinned to the ground.


The JewishPress.com reported at the time that soldiers said the Arab had tried to grab a soldier’s gun and tried to assault him, but none of that action was shown in the film.

Lo and behold, none other than ISM has provided the damning evidence that shows the Arab constantly badgering the soldiers and cursing them with the ugliest of epithets.

At one point, the Arab taunts the soldiers and screams, “What are you gonna do.”

When the soldiers finally had enough of him, they tackled him to the ground, but not before the instigator raised his fist against them and moved his arms towards a rifle.

Leave it to Yediot Acharonot to report  that the footage does not actually show the Arab grabbing a rifle.

The article referred to  him as a “civilian,” as if he was there to help a little old lady across the street,

Instead, it told readers, “The civilian brushes up against a soldier, but does not seem to make an aggressive grab for his weapon.”

The writer obviously never was a combat soldier. Any solder patrolling in Judea and Samaria and facing a Palestinian Authority rioter who is in a rage and reaching at a rifle is not going to think that perhaps the guy simply wants to polish the weapon. 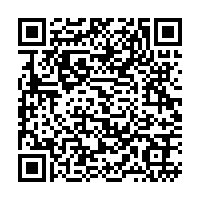