Police dispersed dozens of protesters, including Jewish leftists, in the Arab A-Tur neighborhood in eastern Jerusalem Wednesday morning after they threw rocks at security forces to protest a police closure of streets.

A-Tur has been a center of violence that peaked, for the time being, on Saturday after one of its teenagers was killed while trying to stab and murder an Israeli policeman.


The police ordered the streets closed and were met with protests Wednesday morning by residents and leftists charging that “collective punishment” was being imposed on 3,000 people.

One of the leftists, who identified himself only as “Amiel,” told Israel’s Reshet Bet (Kol Yisrael) radio that the collective punishment is racist.

He explained by asking why the police do not close the streets of Netanya when there is an underworld murder and why they don’t close off the community of Bat Ayin, in Gush Etzion, because of “violent criminals” living there.

Amiel would have a case if it weren’t for the fact that collective punishment also is meted out to Jews, such as when the police last year closed the entire Ode Yosef Chai Yeshiva in Yitzhar, in Samaria, because of a few students’ alleged “price tag” actions against Arabs.

Jews arrived to protest the shutdown of the yeshiva last year, but Amiel did not join them.

And do Amiel and his left-wing friends protest when A-Tur terrorists try to run over Jews or try to ambush them by execution with rock-throwing?

Does anyone recall the last time Amiel showed up at a protest for victims of terror?

The so-called Kol Yisrael, the flagship of Israel’s pro-pluralism, anti-settler establishment media, did not ask the above questions.

Nor did the interviewer mention to Amiel that Bat Ayin Jews and the mayor of Netanya condemn the violence by a tiny minority of their communities, while A-Tur Arabs always claim their terrorists are really peaceful citizens who have been framed by the police.

The interviewer also did not compare the number of incidents of violence in Netanya and Bat Ayin with those in A-Tur, Shuafat, attacks on Jerusalem’s light rail station and daily attempts to murder Jewish motorists and passengers in Judea and Samaria.

By the way, neighborhoods in Baltimore are under “collective punishments” at the moment.

Amiel is invited to fly there and protest. 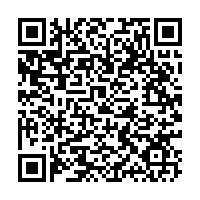