The U.S. Navy Farragut destroyer is speeding to the Persian Gulf Wednesday after Iran boarded a Marshall Islands-flagged freighter that the regime said had trespassed into its waters while sailing through the key oil and gas tanker route of the Straits of Hormuz, also known as the Persian Gulf.

Iran’s Revolutionary Guards Navy fired shots at the ship, which the Pentagon says was in international waters.


The United States also has ordered an aircraft carrier to remain on standby in another mini-crisis that Iran seems to have created to put pressure on the Obama administration during the new round of talks between U.S. Secretary of State John Kerry and Iran on an agreement to allow Tehran to continue its nuclear development program.

The Marshall Islands, once an American territory, is independent of the United States but has a “free relationship” with Washington that includes a security pact.

A spokesman for the Maersk shipping company said that the vessel charted by Rickers Shipmanagment was in international waters and was sailing from Saudi Arabia to the United Arab Emirates (UAE) with cargo that could range from  “anything from food to machinery to electronics,” he said.

Rickers spokesman Cor Radings wrote in an e-mail to The New York Times he does not know of any previous incident of Iran seizing a ship in open seas. He stated, “I cannot exclude it has happened before, but would believe we have to go back” to World War II.

Last week, Iran caved into American and Western pressure and turned back one of its ships that was approaching Aden, Yemen with a cargo of what was assumed to be weapons for Iranian-backed Houthi rebels.

It’s a key concern of the United States to ensure that sea lanes in the region remain open and safe… We remain committed to our regional partners and to maintaining security in the maritime environment.

“Is the U.S. prepared to use force to defend the Marshall Islands?” one reporter asked.

Rathke answered,” “Well, I think that’s premature to jump to that conclusion.”

And did Iran commit an act of piracy or aggression?

Well, does the United States condemn it?

Rathke:” Well, again, we’re gathering more information. I don’t have a further reaction at this point.

But what about the security compact that Rathke said “gives the U.S. authority and responsibility for security and defense matters that relate to the Marshall Islands, including matters related to vessels flying the Marshallese flag?”

Well, he says, “Certainly, that’s something we’re looking at.”

And could it be, just possibly by a stretch of the imagination, that Iran the seizure and previous threats from Iran to block the Persian Gulf are linked to the proposed nuclear negotiations?

Rathke, of course, “is not going to speculate on what their motives might be.

In case you missed it, Kerry said yesterday:

We are, in fact, closer than ever to the good, comprehensive deal that we have been seeking, and if we can get there, the entire world will be safer.

If finalized and implemented, (an agreement) will close off all of Iran’s possible pathways to the nuclear material required for a nuclear weapon and give the international community the confidence that it needs to know that Iran’s nuclear program is indeed exclusively peaceful.

And if the United States does not agree, Iran will close the Persian Gulf and raise the price of oil as part of its program to make the entire safer. 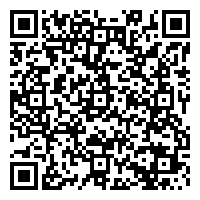