The Haredi Lev Tahor cult is leaving its community from Canada to Guatemala, where other families of the group fled earlier this year.

Approximately six families still are in Chatham, Ontario, where the cult was based after having escaped last year from Quebec, where it faced various criminal charges of child abuse and child custody disputes with welfare officials.


Several children and adults fled Ontario last March, and some of them reached Guatemala while others were returned to Canada by immigration authorities.

Five or six families still remain in Ontario, the London Free Press reported Friday. Most of the 200 cult members who left Quebec are in Guatemala, and a few have moved to the United States and Israel.

“This story is going to end not with a bang, but with a very loud fizzle,” Lev Tahor’ lawyer Guidy Mamann told the newspaper.

“I don’t think anybody is planning on staying.”

Mamann said that there are not enough men remaining to hold a minyan for daily prayers. “The yeshiva more or less closed down. They have only six guys left,” he added. 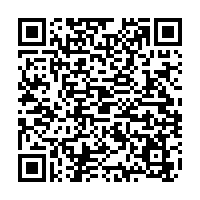