Jerusalem (TPS) – Yisrael Beiteinu party head Avigdor Liberman visited the Damascus Gate of Jerusalem’s Old City yesterday afternoon March 9, in what he said was an expression of solidarity with security forces in their struggle to prevent terror. The Damascus Gate area has seen a number of attacks in recent months.

As at other times in the past year, Liberman criticized Prime Minister Benjamin Netanyahu and Defense Minister Moshe Yaalon in their handling of the wave of terror attacks.

“Netanyahu and Yaalon are bad for the security of Israel,” Lieberman said. “The prime minister and the defense minister have succeeded in bringing Jerusalem back decades to the period of 1967.”

In 1967, many neighborhoods of Jerusalem, including the Old City, were liberated by Israel from Jordan in the Six-Day War. Jerusalem’s Old City was located near the 1949 armistice lines that then separated Israeli and Jordanian forces.

“Jews are not visiting, are worried, and feel that there is no way to walk around here,” added Lieberman, explaining the implications of his statement.

Lieberman said that Israel was facing organized terror through social media. “Whoever is speaking about terrorism from individuals has no idea what he is talking about,” argued Liberman. “This is organized terror.”

“Instead of cells and communication devices, they are using social media.” 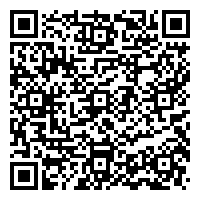